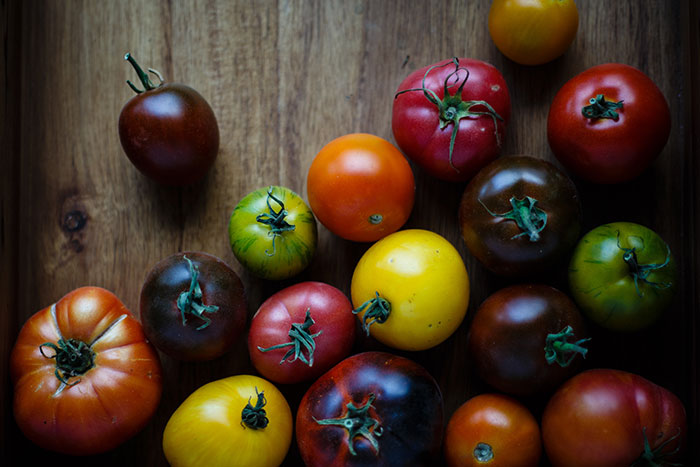 What is food independence and why is it relevant?

Serious concerns have been raised recently over the safety of our food supply. Modern industrial food production, in its endless bid to increase yields and profits, stands accused of putting business before health.

Due to the immensity of the agribusiness machine, many people feel that their voices are not being heard. Consider that there was a 1,000,000+ signature petition against genetically modified salmon - which was simply disregarded.

Many people are now turning to food independence:Producing your own food, using heirloom non-GMO seeds and without using chemical pesticides.

On this page we will gather resources related to food independence, for those who wish to learn more.

The Real Seed Catalogue has some great articles and tutorials related to seed saving:

How Long Will Seeds Last- a great tutorial on the subject of how many years vegetable seeds can be saved for, and how to increase their chances of germination.

Seed Saving For Beginners - full tutorial into how to save seed - from which plants to select, how to collect and dry the seeds and how to store them.

May 2013 - Plant Reproductive Material Law attempts to restrict all seed distribution in the EU - even trees. This article explains what is going on in comprehensible terms.

Where To Get Heirloom / Non GMO Seeds

Lots of reasons to source local food - from reduction in overall energy consumption to the participation in a local network. Growing your own food and sharing locally is a step towards freedom!

In Switzerland, people grow their own allotments and trade vegetables with their neighbors. Strong local networks are a great key to food independence from oppressive corporate interests.

Check out our mega database of 340+ Raw Honey Suppliers!

Many people who have been into the organic movement for a long time, have a deep understanding of its principles and why properly-grown organic food is superior. However, in recent times, confusing articles have appeared, claiming (falsely) that organic food is "no better than non-organic". We will be examining and deconstructing these deliberate falsehoods in clear terms, with reference to scientific studies and the full history of organic food. New page coming soon.

The "Father" of permaculture is widely regarded as Bill Mollison, who together with David Holmgren, coined the term. In 1981 he received the Right Livelihood Award (the Alternative Nobel Prize) for his work in environmental design. He has been called "an ecologist of the first rank." His book Permaculture:A Designers Manual has been highly praised as the definitive Permaculture design manual - even being called "the last book you will ever need".

More info from the Permaculture Institute.

Natural farming is an ecological farming approach which aims to farm as "close to nature" as possible. The system was brought to light by Japanese farmer and philosopher Masanobu Fukuoka (1913–2008).

Fukuoka's method has five main principles: No tillage, No fertilizer, No pesticides (or herbicides), No weeding, No pruning. His system - although seemingly completely alien to the ideals of modern industrialized agriculture, is actually based on some very interesting principles. One of the ideals is that the natural farming system seeks to mimic as closely as possible a mature ecosystem - also known as a climax ecosystem or old-growth ecosystem.